Get to know the gamers of Good Game Asia. Catch #GoodGameAsia every week
on WarnerTV and on our official Youtube channel.

IS YOUR GAME
GOOD ENOUGH?

Is your game good enough?

Up-and-coming gaming legends are legion, and they will soon swarm GOOD GAME ASIA, the newest reality-TV-show search for Asia’s next great gaming content creator. Mounted by Yup.gg and WarnerTV and helmed by ASIA’S GOT TALENT alum Jonathan Glazier as Director and Executive Producer, the show is slated for a June 10 premiere.

As CEO and co-founder of Yup.gg and creator of the Good Game reality-show concept, Raiford Cockfield III brings his acumen in gaming entertainment, entrepreneurship, commerce, and finance to the table. A veritable rockstar in his field, Cockfield is generally credited for expanding Twitch’s reach in the Asia Pacific. “Yup.gg’s mission is to aggregate and organise all opportunities in gaming and e-sports in one place.” he says, stressing the key role of GOOD GAME ASIA in hitting these marks. “I’m excited to launch the show and can’t wait to see it expand globally!”­

Jonathan Glazier is a decorated showrunner whose work and expertise have graced both traditional broadcast and digital media. A former BBC executive, his best-known director and executive-producer credits include ASIA’S GOT TALENT and AXN All-Stars. “The fusion of gaming and reality TV is long-overdue,” Glazier says, “I can’t wait to get GOOD GAME ASIA in front of an audience; it’s going to be awesome.”

Sezairi has won the hearts of many with his boy-next-door charm and musicality. A great live performer and musician, Sezairi is a class act. In 2021 he has made history with his hit song ‘It’s You’, being the first Singaporean artist to achieve 100 million streams on Spotify alone. ‘It’s You’ is now multi-Platinum certified across the SEA region.

Syaza is the Community Lead/Director for Singapore/Malaysia/Indonesia at yup.gg. She is, first and foremost, a gamer and can never resist a round (or two) of Dota 2. In her professional career, she brings over a decade of expertise in the entertainment, startup and technology space at companies like 99.co and Hubspot.

Kelvin Alfiando is a Jakarta-based content creator known for his fusion of gaming smarts and quirky humor. Though his initial year as creator was met lukewarmly, Kelvin wasn’t deterred, and in 2017, he hit pay dirt with gaming, eventually amassing over 3M subscribers. He’s also garnered nods for his efforts, including a nom at XYZ DAY 2018. He is married to gamer Anna Ladaina, with whom he has a daughter.

Ankit “Venom” Panth is one of the most influential gamers in India. Trusted by global brands like RedBull, Intel, Alienware, HyperX, Hyperice, and Nike, V3nom is, in turn, regarded by millions in the community as a beacon of hope. Apart from gaming, he also champions fitness and nutrition, on top of dabbling in DJ-ing. A Renaissance man of principle, indeed.

Dylan Beck (a.k.a “Rudeism”) is a controller-builder, streamer, and game-developer. A decorated member of the global gaming community, he has worked with Ubisoft, EA, Blizzard, and LEGO; partnered with Alienware and Orcon; and earned nods from International Mobile Gaming Awards and World Cyber Games 2010. It is, however, his funky controller builds that take the cake. He’s been known to use the strangest things (like bananas and baguettes!) in his contraptions, and as such has roped in a rabid online following. Apart from active game-dev work, he also streams full-time via Twitch.tv

Ryan Dingle, a.k.a. “PandaTV,” is a gaming-content favorite who has accrued over 13K hours streamed, 28M views, and 7M hours watched on Twitch. But beyond the staggering numbers, he’s also amassed one of the largest and most passionate gaming communities within Australia and the broader Oceanic region. Apart from his global success in WORLD OF WARCRAFT, he’s also made appearances in cons like BlizzCon, Dreamhack, PAX Seattle, Fan Expo Canada, and the Magic World Cup, among others.

Fl0w3R quit school during freshman year of high school to play professionally for his Overwatch team, LW Red. Throughout his entire gaming career, he snagged several major wins, placing first with LW Red at Intel Extreme Masters Season XI Gyeonggi, as well as the Overwatch World Cup 2017 with Team Korea. He announced his retirement in 2021 and is preparing to be a full-time streamer.

Master Gamer has been a YouTube gaming content creator for nine years, and has since amassed 3.8M subscribers on the platform. Apart from having graduated from Loei Rajabhat University in Thailand with a Bachelor’s Degree in Computer Education, Maser is also an entrepreneur with his own content creation studio.

Melancholia is a former member of popular Thai streaming-idol team Pinku Notori. She holds a degree in Game Design and Development from the Estonian Entrepreneurship University of Applied Sciences. She’s currently an official Twitch partner streamer and works for Excelsior eSports as a streamer and content creator.

For more than eight years, Sean Goh (a.k.a. “Hades”) has worked as an e-sports announcer and manager. Making the rounds in Southeast Asia, he eventually established a talent-development practice in Singapore. He also developed the curriculum for SCAPE’s inaugural Twitch-streamer Pathway Programme. Hades dreams of a Singapore that is more adaptive to global e-sports trends, so that its citizens may explore the field as a viable career option and eschew plans of moving elsewhere.

Cherzinga began her career in fashion blogging, but she’s always enjoyed gaming as a hobby. So when the pull of e-sports proved too powerful to ignore, she started sharing her gamer side to her fans. Cherzinga plays VALORANT in all-female team Wildfire Sphinx, where she unleashes “the most glamorous gamer around.”

Tran Bao Nguyen (a.k.a. “Ngyyelling”) finished Human Resources Management at Hoa Sen University in 2014, but pivoted to streaming two years after. He has since netted 158K subscribers on YouTube and 173K followers on his Facebook streams. Ngyyelling is a decorated FIFA-gaming competitor—top-ranked in Vietnam for FIFA Online 3, and first overall in Southeast Asia for FIFA 14—who has crossed over to providing football-related content of all forms.

An erstwhile member of Japanese idol group Sea*A, Estelle Fly is a top-notch performer whose 2019 debut, “Love Like This,” garnered 570K+ Spotify streams. Her Tiktok and YouTube pages boast a combined following of 150K with over 3M likes. When the COVID-19 pandemic struck, Estelle officially joined Twitch, where she enjoys horror-themed games, chats with fans, and entertains song requests.

Max Osasona (who also responds to the quirky handle “Ang Negrong Gamer”) has been a gamer since 1995, a sailor since 2017, and a father since 2018. He’s a licensed Officer-at-Sea with degrees in Marine Engineering as well as Sociology & Anthropology. But when he’s not away from shore, he’s awash with content-creating genius, as evidenced by his partnerships with Facebook, Mobile Legends/Moonton, and RUMBLE ROYALE among others.

Valerie Byczko (a.k.a. “Rebyczko”) has been gaming her entire life. She has competed in LEAGUE OF LEGENDS; won cosplay nods (Rampage 2016, Hobbifest 2017); and partnered with HoYoverse’s Genshin Impact, Facebook, CodaShop, and RUMBLE ROYALE for content creation. Rebyczko is also an erstwhile football player, pageant titlist, model, and student of veterinary medicine soon-to-be of Industrial Design. Certainly, a beast in everything she does.

Shania “Shin” Shin Gonzaga is a streamer, gamer, and content creator with a secondary English-education degree. When she is not being a licensed teacher, she’s taking the competition to school with her gaming awesomeness. When Shin goes “Excelsior, ever upward to higher glory,” you know it’s more than a call-back to Stan Lee; it’s a declaration of a life mission.

The Batman Premiere with GGA 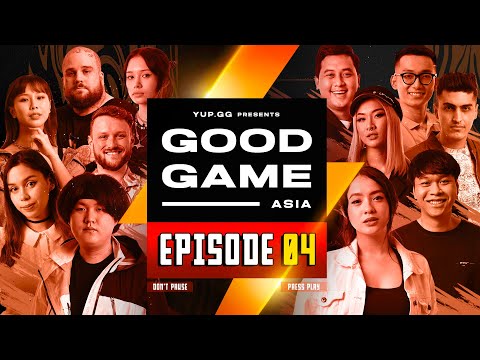 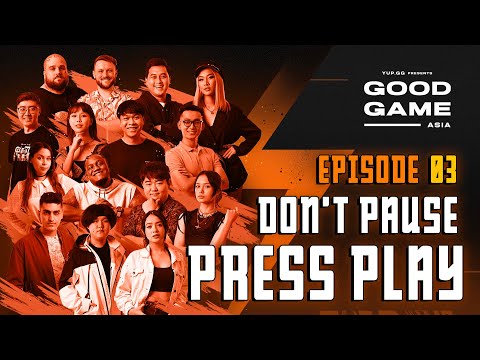 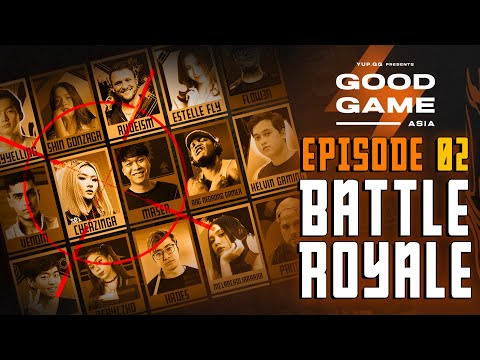 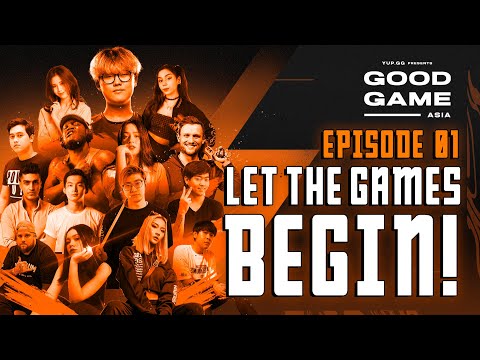 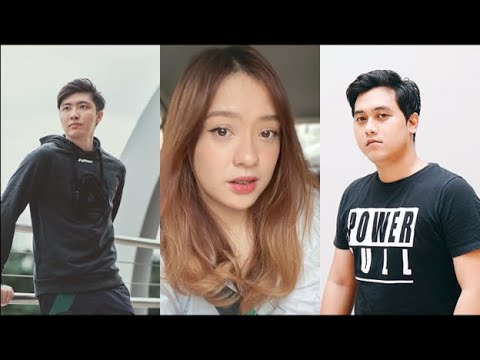 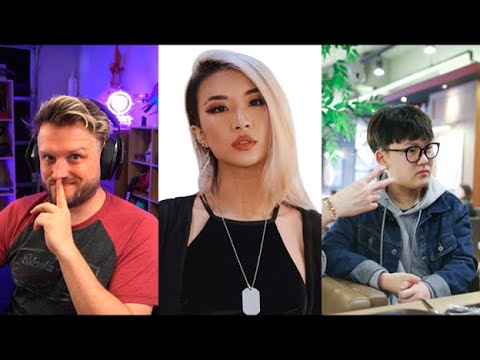 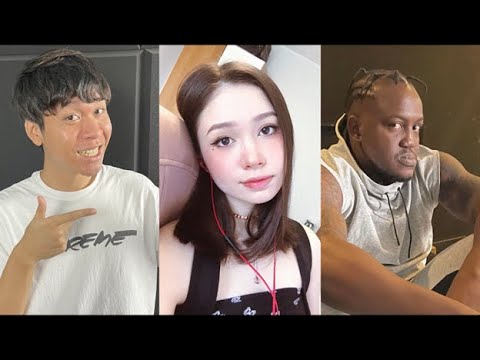 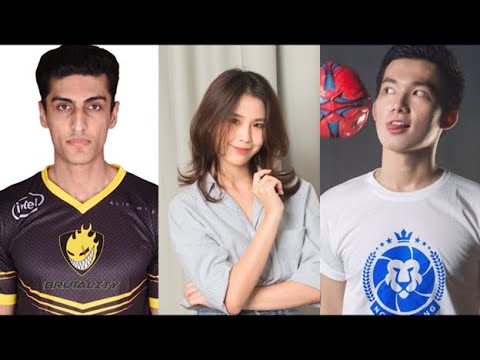 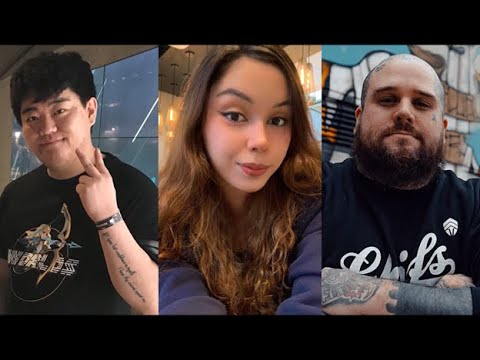 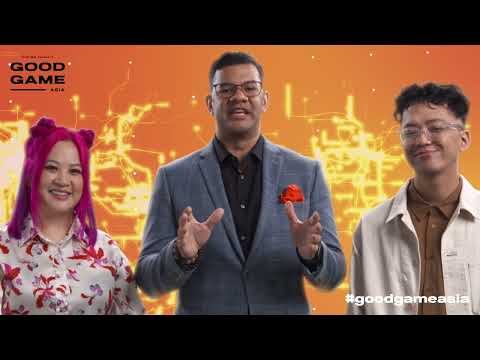